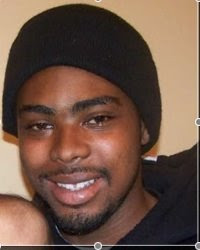 Blogger’s note: The following is a brief update on the Bart police murder of 22-year father and mentor Oscar Grant III.

Former Bart officer Johannes Mehserle was released from jail on Friday after
posting $250,000 of his $3 million bail and turning in his guns.

Two days before his release, Atty. John Burris, his family’s attorney, filed a $1.5 million claim against Bart and Mehserle on behalf of five others who were with Grant on News Years Day.

Posted by Charlene Muhammad at 5:18 AM