Can you imagine being shackled while giving birth? 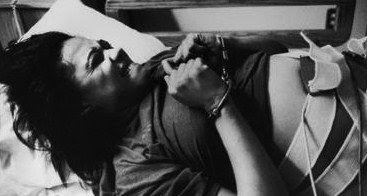 Neither could some pregnant women in New York State. I found an interesting piece on the San Francisco Bay View Newspaper's site about a petition supporting a bill that would ban the use of restraints on incarcerated women before, during and after labor.
Toya Murray described it as torture, wrote Jacquie Simone in the article, which posted July 29. She was pregnant when she went into prison for a 15-month sentence for a non-violent crime.
To view the petition, visit: http://www.thepetitionsite.com/1/stop-shackling-pregnant-prisoners.
Posted by Charlene Muhammad at 3:01 PM