Police criminality and brutality rears its ugly head...again; this time in Phoenix, Arizona 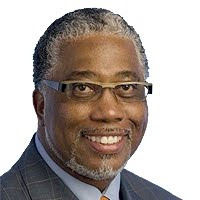 I just received this statement from Dorrana Stewart, aide to Councilman Michael Johnson of Phoenix, Arizona.  Final Call sources and reports indicate that he was taken down and handcuffed by a police officer just for trying to check on a neighbor whose house was burning.   You might remember Councilman Johnson from a recent article the Final Call ran on his joint community forum with the Honorable Minister Louis Farrakhan on Haiti relief efforts.  I'll dig into this and get back with the full story in the Final Call, Inshallah.
Thanks Sis Dorrana!!

Early this morning, I woke up to the sound of fire sirens.  I ran outside of my house and a paramedic truck was in my driveway and fire trucks lined my street.  My neighbor’s house, just two doors down, was engulfed in flames.

I was immediately concerned about the welfare of my neighbor whose house was on fire.  He’s disabled and I wanted to ensure he was out of the house safely.  I talked to the Fire battalion chief and asked permission to talk to my neighbor. Then I was stopped by a young police officer.

The officer didn’t know that I was a Phoenix City Councilman or that I retired from the Police Department after twenty years of service.  Regardless, that shouldn’t have mattered.

I was not confrontational or disrespectful.  I simply was concerned about my neighbor’s safety.  After repeated requests to talk to the officer’s supervisor, I was told they don’t have a supervisor on scene and “we don’t do it like that out here.” Instead I was thrown to the ground and handcuffed.  Face down.  In the middle of my street.

The officer’s partner asked the officer to calm down, but the officer continued his aggressive behavior.  The officer instructed me to get up and I asked for assistance.  I informed the officer I recently had surgery and was unable to stand up without help.  I’m very thankful for the firefighters who helped me and prevented me from being dragged across the street to the curb, which the officer said he would do to me.

I am humiliated and in complete disbelief of what just transpired.

This is especially disappointing after I supported a two percent sales tax on food to help keep police on the streets ofPhoenix.  This is not the service our residents should be paying for – it’s just wrong.  NOT IN OUR CITY.

For years now, I have received calls from residents complaining about police harassment, abuse of power – and in some cases, brutality.  I retired from the Phoenix Police Department and couldn’t believe it.  How could our police officers harass the very people they promised to protect and serve?

If this was any other resident, they would be in jail right now.  And for what?  Trying to be a good Samaritan and doing absolutely nothing wrong.

Well, things are going to change.  I plan to sit down with our chief and discuss the treatment of residents by our police. I’m sure this doesn’t happen all the time, but it happens enough.  And it happens to people who can’t say something or who don’t know who they can turn to.

Posted by Charlene Muhammad at 12:38 PM