I love, love, love Saviours' Day.  It represents so much on a spiritual, mental and physical level.  The two-three days leading up to the crowning event, the keynote lecture by the Honorable Minister Louis Farrakhan, the revelation that he shares, the energy of the Nation of Muslims and friends and supporters, all means so much.

I love Saviours' Day because when I get to the headquarters of the Nation of Islam, I get to see the faces of the many that I and my colleagues at The Final Call serve through our writing and photography, all of it.  The work that we do on a daily basis culminates each year for me during this time and I experience a revival that is so powerful and energetic...I LOVE IT.

All Praise Is Due To Allah!!!!

I've been interviewing and writing but managed to find a few minutes to post some of the scenes I enjoyed throughout Saviours' Day.

Remember to visit www.noi.org to view the archive of Min. Farrakhan’s lecture today and visit finalcall.com to order the DVD/CD/books, etc.

And please also remember to get the Special Saviours’ Day edition of The Final Call and this week’s issue for full coverage of the event. 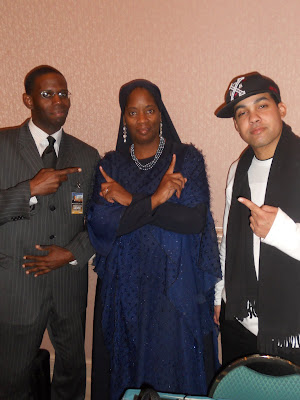 My too Black too Strong Brothers
Jesse Muhammad and Jasiri X

(Captions for the photos below are after the following pics.) 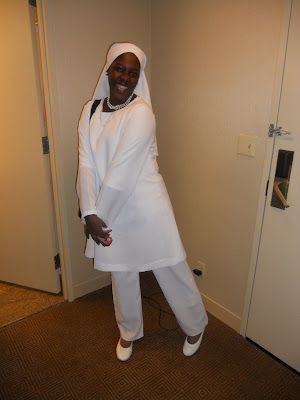 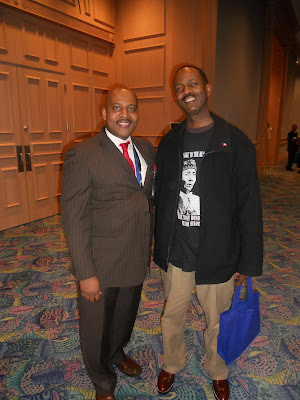 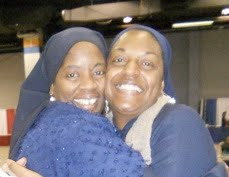 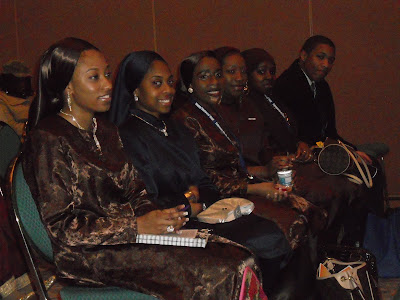 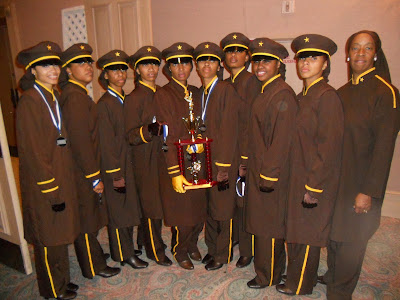 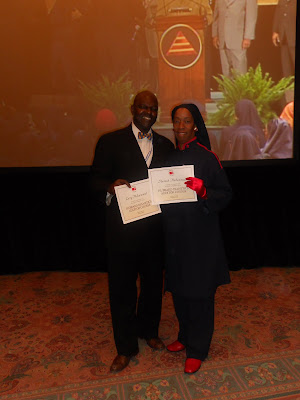 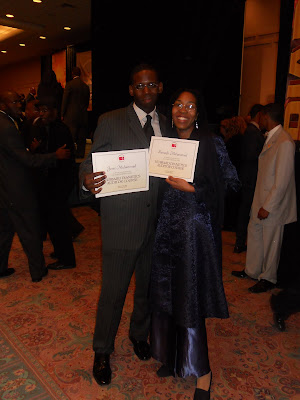 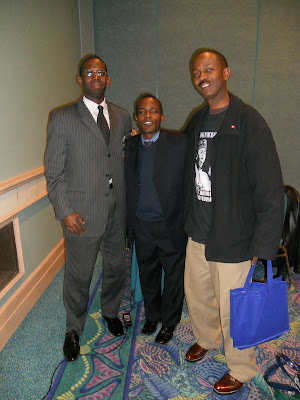 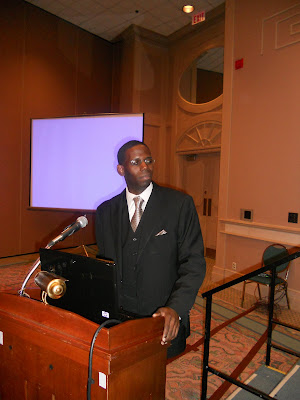 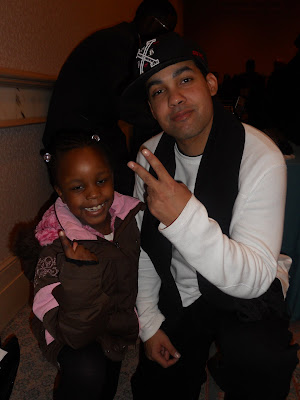 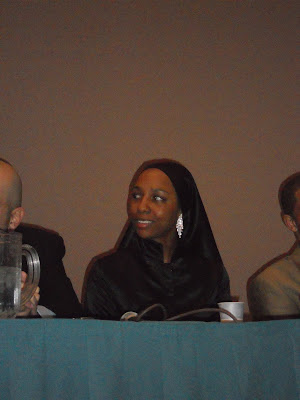 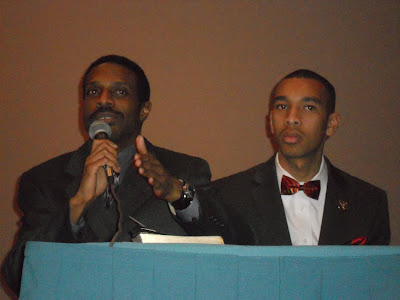 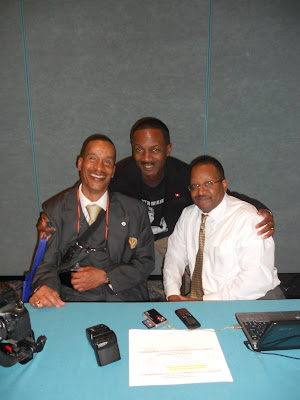 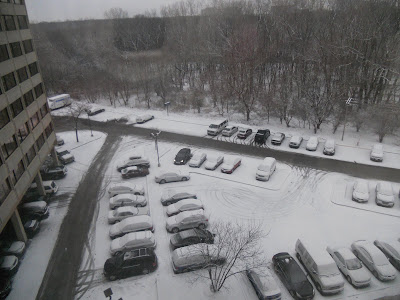 3.  MGT reunion!  Me and my beloved Sister Hope Muhammad of Phoenix, AZ.

Posted by Charlene Muhammad at 2:40 PM No comments: 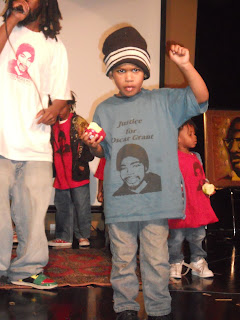 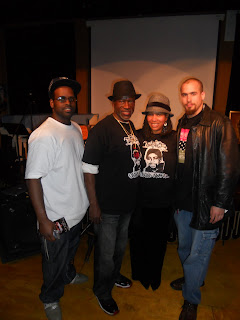 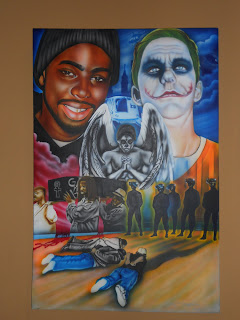 One of numerous, intriguing pieces of art showcased at the Eastside Cultural Arts Center

The weather is beautiful and the energy is high but what fills the air is the determination, passion, and commitment by his family and the Oakland community to keep the legacy of Oscar Grant, III alive and ensure that his death not be in vain.  Together they launched the Official Oscar Grant Foundation with a dual purpose, “...to continue the political battle against police brutality and misconduct and the practical fight to help serve, uplift, and save other young Black men just like Oscar,” his uncle Cephus Johnson told me as the activities began.

Oscar Grant may have been physically killed by then-Bay Area Rapid Transit District (BART) police officer Johannes Mehserle on New Year's Day 2009, but he seemed as alive today as he did before Mehserle's single bullet to his back ended his journey on earth.

His family and his people celebrated him in work, song, and poetry today and I’m  not sure if it was planned to do this on the dot, but the day-long kick-off went from 10-10.  It started with a breakfast and community empowerment program at the East Oakland Youth Development Center and ended at the Eastside Cultural Arts Center with musical performances and spoken word.

More on this is coming in the print edition of The Final Call but until then, visit the Oscar Grant Foundation at www.oscargrantfoundation.com.

Posted by Charlene Muhammad at 11:16 PM No comments: