Millions Raising Their Grandchildren in Poverty 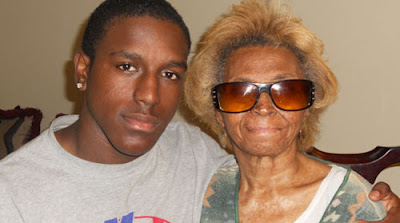 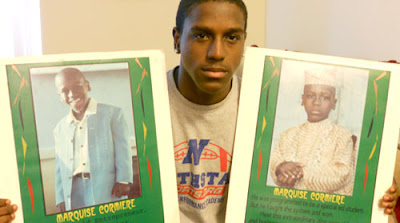 It had been years since I had first encountered a stellar Kenny Jones and her grandson Marquise Cormier at a local book tour for Black authors.  I, like many in the audience of writers, authors and celebrity guest speakers sat in amazement as we listened to the young boy explain his purpose in life and why he was not a problem child.  He was battling the notion that he belonged in special education classes and he'd even wrote a book to make his case.
Marquise and his grandmother were on the speaking circuit and doing well. That's why when I was given the opportunity to collaborate with the ethnic media organization New America Media (www.newamericamedia.org) to write about children in poverty and began seeking human portraits of the crisis, I outright rejected the recommendation to interview Marquise and Ms. Jones.  "I've seen them...poverty?  Please!"  I told book publisher and radio talk show host Dr. Rosie Milligan, my first window into their vastly changed world.
I've learned a lot from hearing their stories about how their lives may have spiraled but their spirits continue to soar.  I'm eternally grateful for their sharing with me.
Child Prodigy and Grandmother Show Hidden Face of Poverty

LOS ANGELES--On the surface, Marquise Cormier seems like an average teenager—he’s happy, plays on his high school football team and likes going to parties. But underneath his 16-year-old shoulder pads is a weight of poverty and want brought on by the death of his grandfather and the severe illness of his grandmother.