From my reporter’s notebook for The Final Call this week: 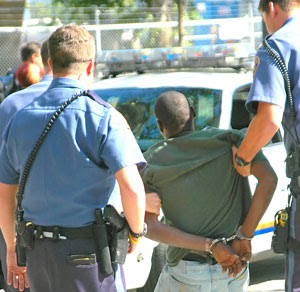 This means that on November 1, 2011, when the amendment takes effect, approximately 12,000 offenders may be eligible to seek reductions in their sentences.

The Fair Sentencing Act of 2010 reduced the disparate sentencing ratio for crack/powder cocaine, which disproportionately affected Blacks, from 100 to 1 to 18 to 1.

Unless Congress acts to disapprove the amendment, the Commission estimates that the average sentence reduction for eligible offenders will be approximately 37 months.

I will be signing onto a conference call with national civil and human rights groups in about 45 minutes so we'll have more on the US Sentencing Commission’s decision and reactions from national organizations, including the ACLU and NAACP, in an upcoming article in The Final Call!

Another admission 'war on drugs' has failed

Posted by Charlene Muhammad at 11:03 AM No comments:

"We are not satisfied!" - Grant Family of $1.3 million settlement with BART 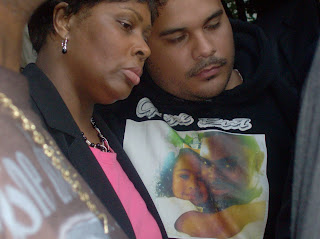 Wanda Johnson, the mother of Oscar

settlement in its civil lawsuit against

"NO amount of money would make me satisfied...No amount of money will bring Oscar back and you can't pay for the loss of a loved one. Any parent who loses a child senselessly or at all still feels that pain," Ms Johnson said during a news conference on July 28.

released in July after 11 months in an

Mehserle was convicted of involuntary

manslaughter and sentenced to 2

A separate lawsuit filed on behalf of Grant's daughter settled for $1.5 million previously. 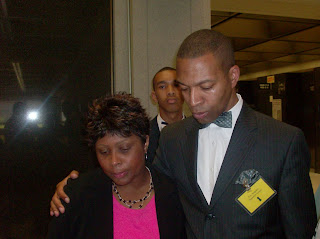 ‎"We’re still trying to collect thoughts but I can definitely state that this settlement doesn’t bring a resolution to what happened to Oscar on that platform. Its just a part of the attempt but yet allows us to move forward in our other avenues as far as continuing to seek justice for Oscar. Of course, the Department of Justice is one area that we’re looking at," Cephus Johnson told  The Final Call Newspaper.

Posted by Charlene Muhammad at 4:46 PM No comments: 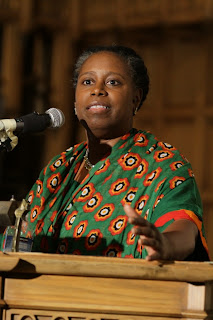 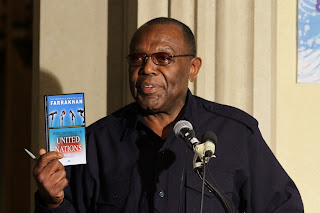 Akbar Muhammad, International Representative of the
Honorable Minister Louis Farrakhan and the Nation of Islam 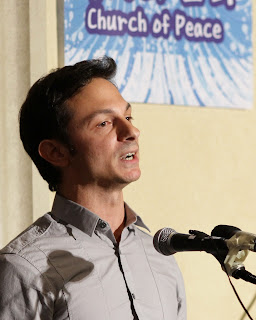 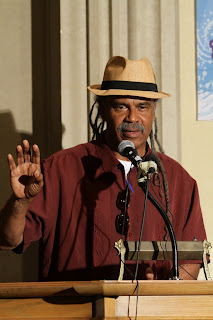 Cynthia McKinney, Akbar Muhammad, Michael Prysner, Dedon Kamathi report their eyewitness accounts of on the ground activities by US/NATO forces in Libya in a national speaking tour entitled, "Eyewitness Libya." Saturday June 18 at Immanuel Presbyterian Church in Los Angeles.  More on the tour at answer.org and articles at finalcall.com.

I had a moment to conduct brief interviews with members of the LA-activist community and clergy thanks to Bro. Abeid of the KRST Unity Center.  The interviews and full viewing of the LA speaking engagement are below and posted at http://www.ustream.tv/recorded/15569190.  The tour is coming to a city near you.  It's a must see and more and more information unfolds during each stop.  Peace!  (Oh this is raw footage ok/no music or voiceovers....just pure information!) 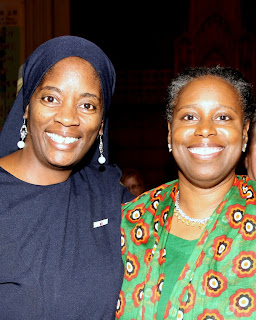 Sis. Charlene and Cynthia McKinney after her address.
Posted by Charlene Muhammad at 5:38 PM No comments: 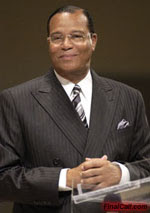 The Honorable Minister Louis Farrakhan, of the Nation of Islam, will hold a press conference, Wednesday, June 15, addressing the U.S.-sponsored, NATO-led bombing of Libya, UN-sanctioned military strikes and operations against the North African nation.

The press conference will be held at 11 a.m. EST, in the Landmark View Room of the Millennium UN Plaza Hotel One United Nations Plaza (44th Street between 1st and 2nd) in Manhattan.

Former Congresswoman Cynthia McKinney, who is on her second fact finding mission to Libya, will address the press conference live from Tripoli on the NATO bombings' impact on civilians. NATO is using huge bunker-buster bombs in Tripoli. Former U.S. attorney general Ramsey Clark will provide additional insight at the press conference. Also, Viola Plummer, a longtime human rights activist, will participate in the media event.

Working members of the press should register as soon as possible to reserve a seat at this important news event by calling 312 480 9775, or registering online at http://www.finalcall.com/press. Media check-in will begin at 9:30 a.m. and current media credentials or a letter of assignment are required. Questions about the press conference and special requests should be forwarded to Richard Muhammad, editor in chief of The Final Call Newspaper, at 312 480 9775.

Posted by Charlene Muhammad at 10:48 PM No comments: