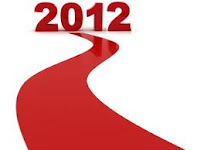 New: (adj) not existing before; made, introduced, or discovered recently or now for the first time.

Year: (n) 1) the time taken by a planet to make one revolution around the sun. The length of the earth's year depends on the manner of calculation; 2) The period of 365 days (or 366 days in leap years) starting from the first of January, used for reckoning time in ordinary affairs.

The fact is people have help in not keeping their resolutions. I’m not giving us an excuse. I’m just pointing out that the 24/7 commercials, billboards, and those dang free samplers at Costco lure people to spend, eat and indulge every minute.

We’ve made it through the Black Friday shopping season and people are cashing in their Christmas gift cards while merchants who could care less about Jesus - the claimed reason for the season - are laughing all the way to the bank.

Like clockwork, now it’s time for advertisers to manipulate people who promise themselves to set New Year's resolutions. Whether it’s improving their lives through weight loss, by joining a gym, or dieting, enrollment fees are about to climb and the sharks are banking on it. 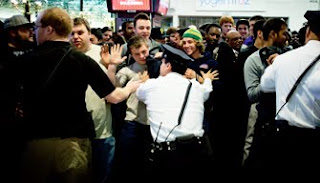 My reflection on self and our people as a collective over the past year has shown that the key to change is within. There are people and places nearby with expertise in certain areas but at the end of the day, New Year's resolutions turn out to be empty promises because the norm in society is to look outward. But the level of personal accountability cannot be replaced because in the end, whatever we seek to help us stop eating, stop spending, stop drinking, or, to start doing, will be for naught unless we’ve accepted the challenge to go to war with ourselves.


“We are at war against forces within ourselves and forces outside of ourselves that keep us relegated to the condition of poverty and want,” the Honorable Minister Farrakhan said on October 16, 2011. He spoke from Mosque Maryam for part two of his address commemorating the 16th anniversary of the historic, life-saving Million Man March. 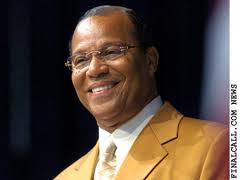 Honorable Minister Louis Farrakhan
Hmmm. Speaking of resolutions, that’s a resolution for ya!

But listen, he said he would take a million Black men to Washington, D.C. He worked the divine declaration that none other than God Himself could annoint. He inspired others to work the vision and not only did one million show up, but two million Black men presented themselves as living sacrifices before Allah (God)! 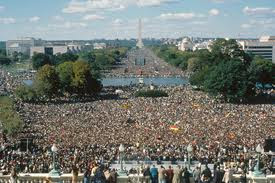 I’m saying - especially to myself - what Min. Farrakhan has said and proven so many times before. If we want something envision it. Look at it. Get on our prayer rugs, on our knees, and pray to God. Then get up and go to work to make it happen. Yes. It may or may not require money or resources outside of us to accomplish, but not to the point that we are taken advantage of or engaging in wasteful spending.

We should have a collective New Year’s resolution. Buy land, as Min. Farrakhan’s been admonishing us to do. Open a business. Grow a community garden.

As outlined by Sis. Starla Muhammad in The Final Call Newspaper’s year in review issue, and our one-on-one interview that'll be part two of this post, we’re facing a lot as a people and no one’s coming to save us. Let's unite and work like thunder in this year and the years to come.

“We are the ones we’ve been waiting for,” as the African proverb states.

Happy New Year!
Posted by Charlene Muhammad at 8:08 AM