We Were Denied Our Rights! Oscar Grant's Family reacts to killer's appeal to overturn conviction 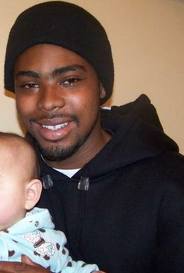 "We were denied our rights!"

I spoke to Mr. Johnson while he and several Grant family members were on their way to a press conference in front of the Alameda County District Attorney's Office this morning.

According to Beatrice X, an activist, also Mr. Johnson's wife, Alameda County District Attorney Nancy O'Malley told the family that officials had an obligation to inform them of the hearing and that she was going to get to the bottom of who dropped the ball.  Also according to Beatrice X, the family is supposed to meet with Ms. O'Malley next week.

I phoned Ms. O'Malley's office for confirmation and to find out just what happened here.

Where does the Grant family go from here?  Hopefully finding someone in the State of California to investigate how their victims' rights were violated, he said.

Lawyers for Mr. Mehserle said letting the conviction stand would subject officers to increased prosecution for mistakes, according to reports. According to media reports, an attorney for Mr. Mehserle stated, "All he did was make an error...We cannot put them at risk for criminal sanctions for something that amounted to police error."

But Mr. Mehserle's so-called error cost Oscar Grant, an unarmed, subdued Black, male transit rider his life, and that can never be brought back, I Am Oscar Grant activists say.

"We had a right to be informed about the hearing and to be present and we weren't.  We've traveled back and forth, miles and miles, to Los Angeles to attend court hearings during this trial and when a hearing's right next door to my house, they don't notify us! We are going to take action," Mr. Johnson said.

Posted by Charlene Muhammad at 7:46 AM