Reading and writing.  It’s my profession.  Well, reading and typing, that is.  During the week and especially on weekends, I’m reading with an eye for news of interest to The Final Call readers and for breaking news.  But I realized last week that for some reason, on Fridays, I get more pleasure from my reading.  Go figure. I don’t know why.

Could it be Friday represents a semi-end to the standard work week - which we definitely don’t have in news cycles - I thought?  Or do I just slow down a bit on Fridays?  Either way, I felt like posting some of my favorite pieces.  They’ve made me laugh, cry, think, rejoice and some honestly, outright swear! LOL.  Ok that’s not funny but it’s true, dang it.  SEE!  I can self-correct.

Seriously though, I want to say thank you to the writers of these first Friday Favorites pieces because they’ve truly enriched me.  I’ve enjoyed their words and hope you check them out and enjoy them, too.  There are many I’d like to post but I’m hitting on just a few and just a portion of what they wrote.  The links or issue dates are here for you to read the full stories for yourselves.


Depression, Hip Hop and the Death of Chris Lighty:  Not Ready to die, but wanting to die 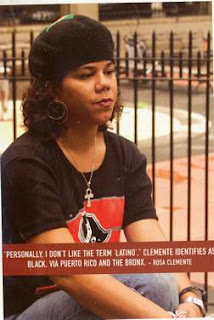 Rosa Clemente has always been a beautiful, walking symbol of strength to me.  Just as she says in her piece, we see our greats that way.  But there’s a vulnerable side.  In writing about the death of rap mogul Chris Lighty, she shares her very own personal truth and admission that she, too, wanted to die, and in so, perhaps she has saved the lives of hundreds, thousands, millions - maybe just one, and to me, that’s worth about the same if not more.

There’s so much Sis. Rosa wrote that keeps me glued to it and thanking Allah for her with every word I read. However, it was this very paragraph that sealed the piece as my first Friday Favorite:

“As well-meaning as my friends were, they just did not get it.  Too many times those of us who deal with issues of mental health are silences, ignored or told, “everything will be all right” “you’re strong” and often we want to scream back at them and say, “How do you know everything will be all right?”  I am sick of being strong!”  When we hear that it makes us shut down even more and retreat into that corner.  When we see that look in your eye, we wish we never would have told you.  No matter how many friends you have, how many people tell you they love you, these things do not cure depression...”

The bold emphasis in her quote is mine, not hers.  But I feel her.  You feel me?

One of my favorite entertainers, scholars, and activists, Dick Gregory [put his photo here and a link to something him] says, men often say, look at my woman...Ain’t she strong? But they’ll say, look at my Ford truck out there.  Isn’t she beautiful?  And I feel him.  A lot of times, when people attribute strength to the Black woman, the thing that comes right after is the idea that she can do it - alone.  Ms. Independent.  Isn’t that what R&B artist Neyo sings?  She’s got it.  She doesn’t need any help.  And we Black women are some of the biggest perpetrators of that on ourselves.  But that just isn’t the case.

Thank you Rosa Clemente for your work, your sincerity, your struggle, and your love.  May Allah forever be pleased with you until and as you say, after the day you are SUPPOSED to leave this world.

My next Friday Favorite was penned by Sis. Starla Muhammad, my hardworking sister and a true FCN Jewel. 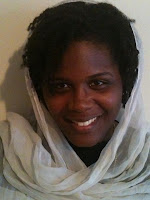 She interviewed my most, most, most favorite female MCs, Lyte (aka Lana Michele Moorer).

Right off the top, Sis. Starla’s piece was favorited because she let me know that MC Lyte is offering a $100,000 college scholarship to the University of Wisconsin-Madison. The scholarship is through her non-profit organization, The Hip Hop Sisters Network, founded by MC Lyte.  Do-for-self is the mantra and the solution to our struggles.   So I salute you, MC Lyte! 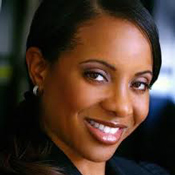 October 1 is the deadline for applications for high school seniors to apply.  Still a chance to apply...take the shot!!


I also favorited the interview for MC Lyte’s words to FCN readers in the one-on-one interview conducted at the 2012 African Festival of the Arts in Chicago:

“I only could say to believe in yourself.  There’s so many things out here that try to deter us from being who we really are at the core.  Things that tell us it’s not cool to be nice; it’s not cool to be kind or     generous or thoughtful.  It’s cool to just take.  It’s cool to look out for self.  And to me I think kids are happiest when they are themselves and when they’re true at the core and not hung up on trying to be like the in-crowd or taking upon activities that takes them outside of who they really are, whether that’s smoking weed, whether that’s drinking, whether that it’s hitting on girls, you know, whatever that thing is, I just want them to get to the core and love themselves.”

Until next Friday, I hope you enjoy these favorites as much as I did.  Thanks again Rosa Clemente and Starla Muhammad!

If it’s impacting your community or can uplift us as a people, let’s talk about it! 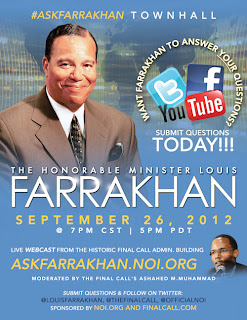 The Honorable Minister Louis Farrakhan is known for making history and tonight he'll do that once again when he hosts his first ever #AskFarrakhan social media town hall meeting!

Minister Farrakhan returns to The Final Call Administration Building where he delivered many historical messages on the Teachings of the Honorable Elijah Muhammad.  Tonight, he will answer your questions LIVE!  The event will be moderated by Final Call Assistant Editor Ashahed Muhammad, in front of an intimate, live studio audience of approximately 80 people and many more in the social media world of Twitter, Facebook, YouTube, Myspace, and via live webcast at www.#AskFarrakhan.noi.org.

Here are just a few behind the scenes photos from today's preparations...via Bro. Hannibal Muhammad/Phoenix, Arizona! 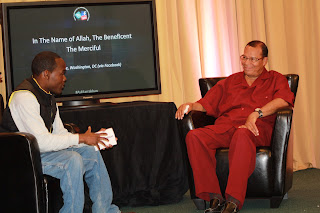 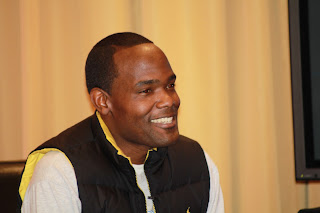 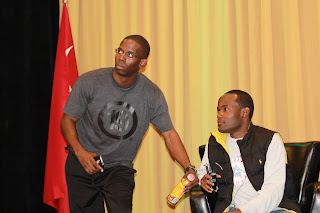 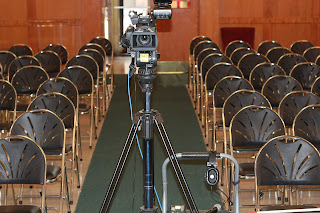 "Photomelan"  - The melanin laced camera that'll bring you the straight on sites tonight. 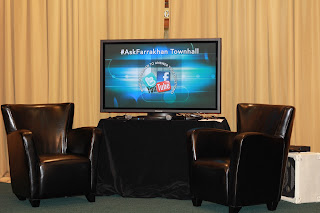 Center stage - believe, we'll be taking photos after the event right in these chairs LOL!
Posted by Charlene Muhammad at 2:40 PM No comments: