Yours truly and The Final Call were honored for our story on mothers whose children have been murdered, either in gang violence or at the hands of brutal police officers.

As a fellow honoree said tonight, it is awkward receiving an award for telling a story about someone senselessly murdered (in my story's case, the mothers left to grieve), but I take solace in knowing the recognition helps to spread these mothers' stories and the overall problem of violence in our community across racial, ethnic and generational lines.  My prayer is God-willing soon, we can begin to write about the decline of these murders due to these mothers' tireless efforts and growing movement.

In their honor, I received the award with these brief words:

Photo of my husband Ali and I by: 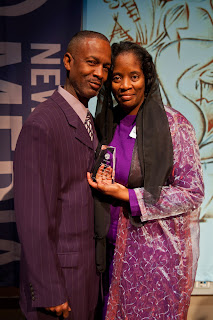 These were taken by Ali and by Ryan Macasero (The FilAm), Emerging Youth Voices Award Winner: 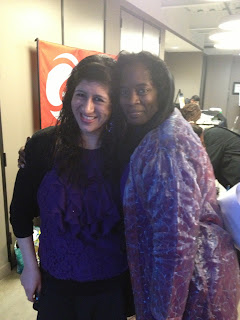 NAM's Suzanne Manneh and I 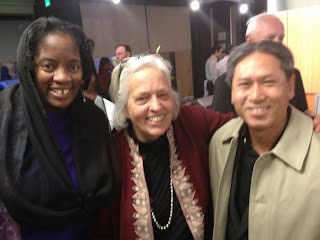 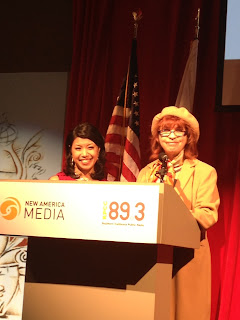 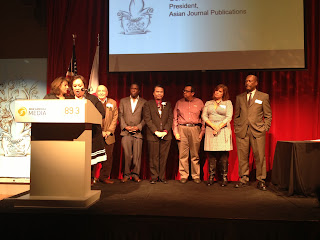 Peace, Sis. Charlene
Posted by Charlene Muhammad at 1:53 AM